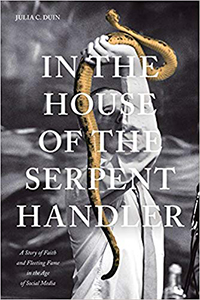 Southerners, Snakes, and Me

Men and women are not only themselves, Somerset Maugham writes in The Razor’s Edge (1944), “they are also the region in which they were born, the city or apartment or the farm in which they learnt to walk, the games they played as children, . . . 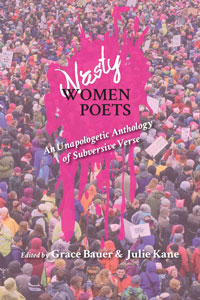 When I was fourteen, about a year after being assaulted by a volleyball coach, a feminist teacher introduced me to women’s poetry. She gave me Adrienne Rich and Ai; Sylvia Plath and Audre Lorde; Nikki Giovanni, Rita Dove, Erica Jong, and many others. Unknown to me at the time, Mrs. . . . 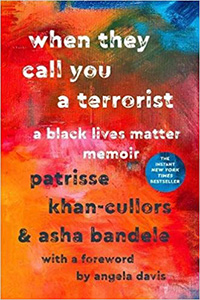 on When They Call You a Terrorist: A Black Lives Matter Memoir by Patrisse Khan-Cullors and asha bandele

A necessary tension in memoir is that between the individual at the center of it and the broader context—the cultural or historical moments shaping the author’s trajectory into our lives. Patrisse Khan-Cullors’s When They Call You a Terrorist, co-written with asha bandele, with a foreword by Angela Davis, . . . 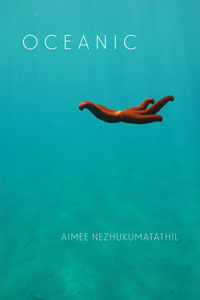 on Oceanic by Aimee Nezhukumatathil

In Oceanic, her luminous fourth collection of poems, Aimee Nezhukumatathil concludes with the image of “a child stepping / out of a fire, shoes / still shiny and clean.”

I encountered this mysterious image on a day in mid-February, 2018. As the temperature hovered at a record-smashing seventy degrees, . . . 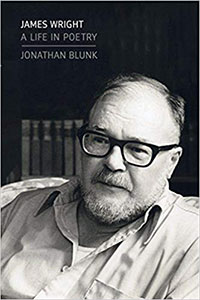 on James Wright: A Life in Poetry by Jonathan Blunk

Every biography—in a way, every book—invites readers to examine their own lives, the more we share with their subjects the more so. Jonathan Blunk’s James Wright: A Life in Poetry, the authorized biography of the brilliant, troubled, and influential American poet from my adopted home state of Ohio, . . . 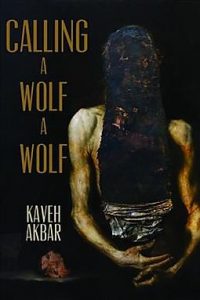 on Calling a Wolf a Wolf by Kaveh Akbar

Kaveh Akbar’s debut poetry collection, Calling a Wolf a Wolf, is about the essential consequences of incarnation, is a sensory catalog of wounds and wonders, vices and pleasures. His poems—fragmented, plaintive, at points frantic—are occupied with what it means to be a spirit and a mind haunted by their physical baggage and delighted by their physical inheritance—or, . . . 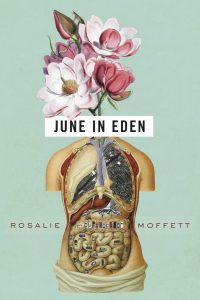 on June in Eden by Rosalie Moffett

by Catherine A. Rogers

Poets have been lamenting the recalcitrance of language at least since Byron’s Childe Harold complained in the early nineteenth century that he had not found “words which are things.” Approaching the midpoint of the twentieth, T. S. Eliot observed in “Burnt Norton” how 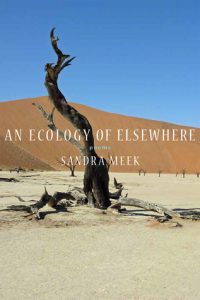 What gives a poem with political content its force? How does a poet use lyrical tools—in a book-length narrative—to critique powerful institutions when those very institutions seem too large and unwieldy to describe? In their new poetry collections, two contemporary women invite readers to consider their approaches to these questions. . . . 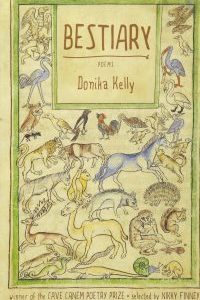 on Bestiary by Donika Kelly

To say anything about Donika Kelly’s gorgeous debut poetry collection Bestiary is difficult. The book takes its title from illustrated volumes made popular in the Middle Ages that categorize real and imaginary animals. In classical bestiaries—which often fasten each animal to a moral lesson—naming is a process of differentiation, . . . 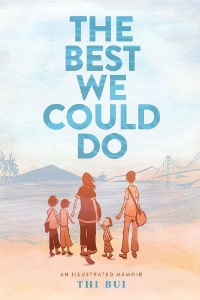 When the body of three-year-old Alan Kurdi washed up onto the shore of Bodrum, Turkey, in September 2015, the photograph of him went viral, sending a shockwave through a part of the world that, until then, had largely ignored the civil war the United Nations High Commissioner for Refugees (UNHCR) António Guterres has called “the biggest humanitarian emergency of our era.”

Four thousand miles east in the Rakhine state of Myanmar, . . .