Gerald Weales's “American Theater Watch” appeared in these pages from 1978 until 2010, and we have also featured on occasion his essays and reviews on topics that have included World War II and the early-career political cartoons of one Theodore Geisel (a.k.a. Dr. Seuss). In addition to his distinguished career as an author and drama specialist, Weales was a longtime professor of English at the University of Pennsylvania, from which he retired in 1987; a senior Fulbright scholar at the University of Sri Lanka; and the recipient of a Guggenheim fellowship. 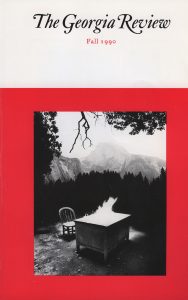