Joe Wilkins is the author of a memoir, The Mountain and the Fathers: Growing Up on the Big Dry (Counterpoint, 2013), winner of a 2014 GLCA New Writers Award—an honor that has previously recognized early work by the likes of Richard Ford, Louise Erdrich, and Alice Munro. He also has three books of poems, most recently When We Were Birds (University of Arkansas Press, 2016), winner of the 2017 Stafford/Hall Prize in Poetry from the Oregon Book Awards. His debut novel, And Ever These Bull Mountains, will be published by Little, Brown in the spring of 2018. Wilkins lives with his family in western Oregon, where he teaches writing at Linfield College. 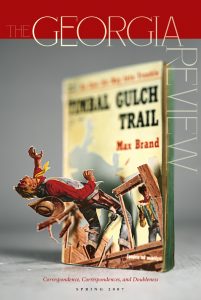