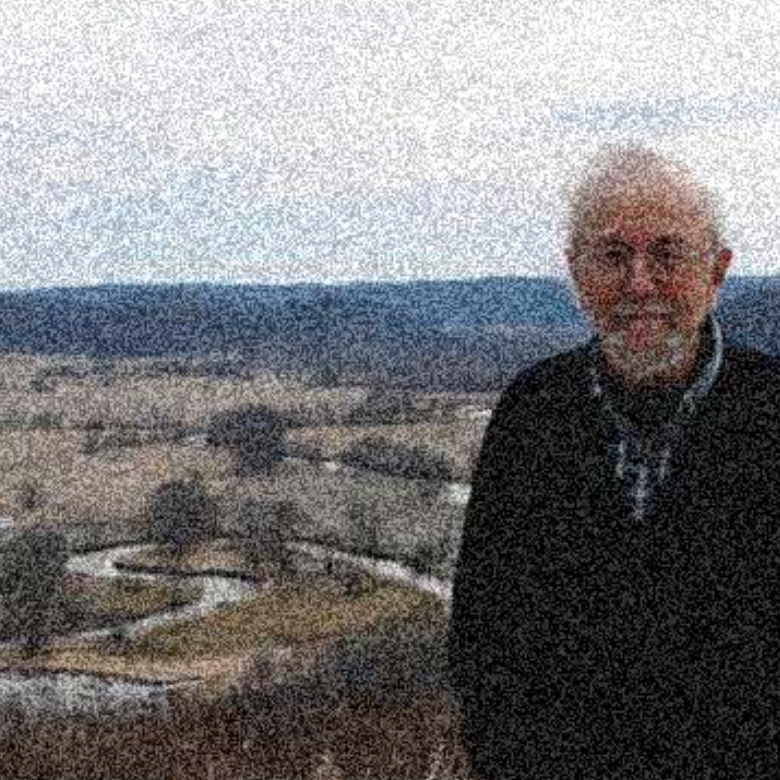 John Brown Spiers: From the outset of “Secret Information,” you inform us that you’ve written the essay because “I feel obligated to relate something about that ominous place I had been taken to under the Nevada desert, and the abyss I peered into.” And, near the end, you realize that the scientist who serves as a kind of tour guide at the edge of the abyss, “was helping us practice for the last days of our world as we know it, preparing things that could ultimately blow us and all our enemies into painful oblivion.” The Cold War is over; our stockpiles of nuclear weapons are smaller than they’ve been in a generation—though they are still, as you point out, stockpiles. Still, it seems like one of the questions you want us to ask ourselves is: Are we closer to oblivion than we were sixty years ago?

Paul Zimmer: Yes, we might have cut down a tad on our supply of atomic weapons, but we still have thousands and thousands in our cache. Russia has even more. There are many other nations with significant, ever-growing stockpiles. Oblivion? How many bombs would it take to really throw us off the beam? A couple hundred? We have thousands. This may not be the Cold War, but the judgments and attitudes of the world’s leaders seems as truculent as ever to me. I don’t trust their judgment and intelligence to be any more humane and judicious than it was sixty years ago. Mostly we talk tough, torture each other, load our guns. Such is our perilous attitude—similar to the attitude we have regarding our environment.

JBS: You are as forthright in “Secret Information” about the silent, good things that happened to you in the military—long, peaceful walks around Fort Slocum; an intellectual development spurred by fellow soldiers—as you are about apocalyptic, doom-laden worries. How much of an influence did your time in the army have on your work as a writer: on what you write about, on how you approach your work?

PZ: I was very fortunate to be exposed to some generous draftees in the army who had enough kindness to take my youthful spirit under their wings. As I say in my memoir, my education began then. I listened carefully and learned a great deal. I started to read books—many books—and sat in on some wonderful discussions and arguments. I loved and admired the tension and energy I felt from these experiences, and decided at that time that I wanted to try to be a writer. These guys were feeling something. Up to that point I had wanted to be either a bartender or a mailman.

JBS: And, as a kind of corollary to that: Do you think of your years of solitude in Soldiers Grove as a kind of balance, or counterpoint, to what you witnessed in the Nevada desert? They certainly seem to have directed you to gentler topics: nature writing, for example.

PZ: I have cherished our years of solitude in the Wisconsin countryside. Yes, these years have directed me toward tranquility and a gentler, creative time. I worked for decades in the book publishing business and had at least a dozen or more people working for me from the time I was in my mid-twenties. Many of these people were older than me, but I was a “boss” until I retired in 1998, almost forty years later. Some of this was not easy, especially toward the end of my career. I got tired, and they got tired of me. The end was brief, but full of double-dealing and perfidy. I finally walked. Retiring into the woods and farmland has been a great blessing to me. We live two miles in on a dirt road. We cannot see another house from ours. The air smells fresh. When the wind blows, it blows on us. When the rain rains, it rains on us. When the sun shines, it shines on us. We hear no traffic. We hear the birds and watch stupendous clouds. I write every day. Not just on my lunch hours, but for as long as I wish.

JBS: Many of your poetry collections feature characters who appear across books. Some of them—Zimmer is one, for obvious reasons, though it’s also true of Wanda and Imbellis—appear in multiple books, years apart from one another. I wonder if you could talk a bit about how you view the relationships between individual poems in a book and between books in a complete body of work.

PZ: I have carried some poetic characters from book to book in my work, including my own persona, Zimmer. It has interested me to refer in my poems to Zimmer in the third person, first person, second person, and so on. I tried to gain perspective on my / his character in this way, perhaps to make him more of an “everyman” figure. There are other characters—Wanda and Imbellis, as you have noticed—who represent certain basic things for me literarily, and I like to renew these acquaintances from time to time. Probably Zimmer got a little thick at times, but, what the hell, I’ve had some fun. Even as an editor of poetry books, as I read individual poems in manuscripts, I always looked for poets who built their whole manuscripts carefully.

JBS: You mention in your most recent Georgia Review contributor’s note that you are publishing a novel next year. Congratulations on completing the golden trifecta of poetry, nonfiction, and fiction. How did you come to the third form? What made you decide to try, and stick with, a novel?

PZ: For most of my writing life I’ve kept a novel manuscript going on the back burner as I worked on poems. I must have started and worked on at least half a dozen over the years, eventually concluding they were terrible. I just didn’t have enough time to bring off this kind of extended writing. Perhaps I was practicing. . . .

I was learning through all that prose-writing experience. When I retired I started working at prose more steadily, as well as poetry. I had time at last, and the hours weren’t lunch hours. I made several false starts, but eventually grooved in on three characters—two of them quite old, the third a mean and heartless son of a bitch. I realized more about narrative and tension in prose, and the thing sailed. It is called The Mysteries of Soldiers Grove and will be published by Permanent Press next year. They gave me a nice advance and apparently will publish it in hardback, so it will be a real book, not some phantom thing pulsating out there in the great white void. I have been dancing on my desk lately . . . and that is a precarious thing for an eighty-year-old man to do.

JBS: As you put it in your essay “Making Poetry,” you left the world of university publishing at least in some small part because “the universities that maintain the presses are becoming more corporate-like, and they begin to demand smaller deficits—even recompense—from their presses.” Since retiring, you’ve published poetry with the university presses of Arkansas and Georgia, and essays with the University of Minnesota and Kent State University. What are your thoughts on the current state of the business? Did you attempt publishing with commercial or independent houses?

PZ: Sure, like most writers, I tried commercial presses with my stuff. In fact, Permanent Press is a “commercial” house. But I was glad that some university presses were interested enough in my work to publish books of my poems and essays / memoirs.

I’d rather not comment on the current state of universities or their presses in our society. That is for other people to do now.

JBS: You were a major presence in the American literary community right when that community began its MFA-based expansion: in addition to being a driving force behind three major university presses, you’ve been writer-in-residence at several schools. Does teaching enrich you, the way that nursing a book through the stages of publication once did? Has that community’s expansion corrected any of the corporate tendencies you saw creeping into academic publishing during your time in the field?

PZ: As any careful, sane, elderly man would do, I will duck most of this complicated question, too—commenting only that, yes I have enjoyed my teaching experiences, but am glad I did not make a career of it. I suspect that my being around young people was more edifying for me than it was for them. I’m not sure that any of them thought I was a major presence, per se.

Imagining My Way into the Truth: An Interview with Kevin Brockmeier