Tell yourself it’s only a sliver of sun

burning into your chest, a cap of gold

or radiant halo justly worn by

the righteous at heart—

then take it off, stomp it, rip out the seams.

Wherever a wall goes up, it smolders.

you’ll catch yourself before crossing,

skirt the worn curb to avoid a cart

rumbling past three centuries ago.

You stop to gaze up at the softening sky

because there is nowhere else to look

without remembering pity and contempt,

Rita Dove, born in 1952 in Akron, Ohio, earned degrees from Miami University and the Iowa Writers’ Workshop. Her record of achievement is unprecedented. When in February 2011 she received the National Medal of Arts from President Barack Obama, she became the first person to have received all three of the country’s highest arts distinctions—the others being the Humanities Medal and a term of service as Poet Laureate (2003–5). She has been a frequent guest of Bill Moyers’ PBS series. In 1987, she received the Pulitzer Prize for her third collection of poems, Thomas and Beulah, which is loosely based on her maternal grandparents’ lives. She also has nine other volumes of poetry: Collected Poems 1974–2004 (2016), Sonata Mulattica (2009), American Smooth (2004), On the Bus with Rosa Parks (1999), Mother Love (1995), Selected Poems (1993), Grace Notes (1989), Museum (1983), and The Yellow House on the Corner (1980). She has published a collection of essays, The Poet’s World (1995); a drama, The Darker Face of the Earth: A Verse Play in Fourteen Scenes (1994); a novel, Through the Ivory Gate (1992); and a collection of short stories, Fifth Sunday (1985). She has edited two volumes, The Penguin Anthology of Twentieth-Century American Poetry (2011) and The Best American Poetry 2000 (2000). From 2004 to 2006, Dove served as the Poet Laureate of Virginia. She holds twenty-five honorary doctorates, is a classically trained musician (viola de gamba), and has done numerous musical collaborations, including Seven for Luck, seven poems by Rita Dove with music by John Williams, and Umoja: Each One of Us Counts, music by Alvin Singleton, commissioned by the Atlanta Olympic Summer Games. Since 1989, she has taught at the University of Virginia in Charlottesville, where she holds the chair of Commonwealth Professor of English. 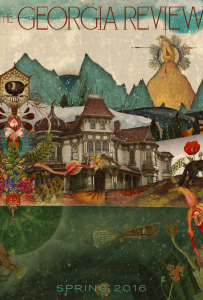