Richard Hugo’s twenty-odd books (two of them posthumous) include The Lady in Kicking Horse Reservoir (1973), The Triggering Town: Lectures and Essays on Poetry and Writing (1979), The Right Madness on Skye (1980), and The Real West Marginal Way: A Poet’s Autobiography (1986). Born in White Center, Washington, on 21 December 1923, Hugo served as a bombardier in the Mediterranean during World War II. When he returned home he enrolled at the University of Washington, where he earned bachelor’s and master’s degrees in creative writing. After working as a technical writer at Boeing for thirteen years, Hugo was hired at the University of Montana, where he taught for almost eighteen years. He died on 22 October 1982, at the age of fifty-eight. 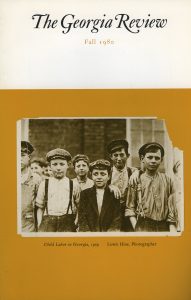