is the most important. Everything else is just an excuse for it.

E.g. weather in medium shot that you take extremely

the blue, dispersing into formlessness, gossamer

I was lonely, more than usual, a popular sensation

attacked me, amid all these sinners,

beneath the gray lid, you can’t imagine all that now.

job. It took me ages to recompose this cloud

floating in my head—partly cloudy,

Maybe you’re pregnant. Or I am. I don’t have any power,

just form. Whatever happens, you have the word.

—Translated from the Slovene by Joshua Beckman and Ana Pepelnik

Joshua Beckman is the author of nine books, including The Inside of an Apple (2013), Take It (2009), Shake (2006), Your Time Has Come (2004), and two collaborations with Matthew Rohrer: Adventures While Preaching the Gospel of Beauty (2003), and Nice Hat. Thanks. (2002). He is an editor at Wave Books and has translated numerous works of poetry and prose, including Micrograms by Jorge Carrera Andrade (Wave Books, 2009), and Poker by Tomaž Šalamun (Ugly Duckling Presse, 2008)—the latter a finalist for the PEN America Poetry in Translation Award. Most recently, he has co-edited Supplication: Selected Poems of John Wieners (Wave Books, 2015).

Primož Čučnik, poet and translator, was born in Ljubljana in 1971. His first collection of poetry, Dve Zimi (Two Winters), was published in 1999 and received the Slovenian Book Fair First Book Award. His other books include Trilogija (LUD Literatura, 2015), Mikado (Študentska založba, 2012), Kot dar (2010), Delo in dom (2007), Nova okna (2005), and a collaboration with Gregor Podlogar and Žiga Kariž, Oda na manhatnski aveniji (2004). Čučnik translates contemporary Polish and American poetry, works as an editor of the magazine Literatura, and runs the small press Šerpa. 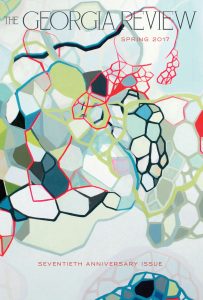 Women Are Doomed to Be the Angels of Love