Robert Morgan’s most recent book of poems is Terroir (Penguin, 2011). He is the author of the best-selling novel Gap Creek (1999) and the nonfiction books Boone: A Biography (2007) and Lions of the West (2011)—all three from Algonquin Books of Chapel Hill. A sequel to Gap Creek, The Road from Gap Creek, will be published in 2013. His honors include an Academy Award in Literature from the American Academy of Arts and Letters; the Thomas Wolfe Prize; and the Hanes Award for Poetry from the Fellowship of Southern Writers. A native of western North Carolina, he has taught at Cornell University since 1971. 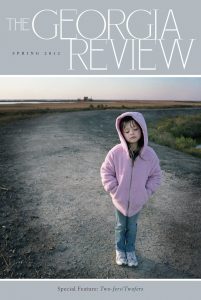