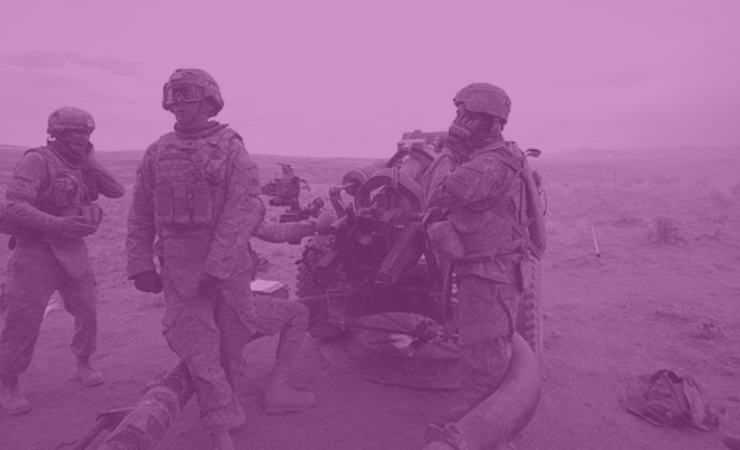 For many years, I practiced the art of dying. During my enlistment as an active duty infantryman in the U.S. Army, I died more times than I can remember. I was blown up by a simulated hand grenade inside a mock village at Camp Rilea, on the Oregon coast. A sniper killed me as the snow fell in Fort Drum, New York. Heavy machine-gun fire cut me down just beyond a breach in the wire during a predawn assault of a mock city in Fort Lewis, south of Puget Sound. I was wiped out during an in-defilade defense, along with my entire platoon, as we fought for several hours in the California desert country of Fort Irwin—attempting to hold off a Soviet-styled regimental punch-through of our brigade perimeter, replete with mine sappers, attack helicopters modified to look like Russian Hinds, BMPs, tanks, and a company of follow-on infantry. At the Yakima Training Center in eastern Washington, a squad of infantry hunted me down and shot me as I crawled in the dead grasslands high up on a ridge.

I died until death became a way of life for me.

And I can tell you this: the dead smoke unfiltered Camels when they can get them. They sit in the back of a two-and-a-half-ton cargo truck as it rolls and bounces down a red clay road at the U.S. Army’s Joint Readiness Training Center (JRTC) in Fort Polk, Louisiana. It’s mid afternoon and humid, even in November 2002, and Vasquez, a stocky sergeant from Texas and a well-liked NCO in the battalion, recounts the story of how he was wounded a few hours back. Some of the soldiers laugh as they lean forward on the bench to hear him better, but I’ve drifted off into the cloud of dust forming and re-forming in our wake, framed by stands of longleaf and blackjack pine, a gray ceiling of cloud overhead, impending rain.

Of course, I’m not sure how much laughing there ’d be if this were the real deal. All of us have been given cards detailing wounds received on the battlefield. Head wounds, sucking chest wounds, abdominal bleeding caused by shrapnel, legs shot out from under us, concussions. If this were the real deal, I ’d be zipped up in a body bag and lying on the hard metal bed. And Sgt. Vasquez might ask someone for a smoke, but I doubt he ’d tell stories of how he ’d made it out while the dead lay in black bags at his feet. I imagine him holding an I.V. bag up for the soldier next to him, the way the medic showed him, maybe closing his eyes for a time, exhausted.

For now, though, all of us wear a webbing of sensors over our uniforms. These sensors are made specifically for force-on-force field exercises, and they emit a high-pitched beep beep beep when one of us has been shot or wounded; those of us who get a long and uninterrupted flatlining sound immediately know we’ve been killed on the spot. Like several others in the truck bed, I ’d been handed a small white card on the battlefield that announced, in bold-faced, 24-point Times New Roman font: KIA. Killed in Action. The OC (Officer in Charge, who is similar to a referee in sports) used a small metal key to turn off the sound bleeding from my equipment. I took a breath, dusted myself off, and began walking to the nearest dirt road. I also began to think about this process of dying, the efficiency of it all akin to that of a factory floor working 24/7, and how the war itself simply moved on without me, a kind of wave that rolled back out to sea.

So it is with the dead. There’s time to think. Time to measure the choices made, options discarded—all that was done weighed against the vast assembly of what was once possible. In actual combat, like the looming war in Iraq that we’re training for in the semitropical landscape of the American South, I wonder if convoys transport the dead to processing tents somewhere beyond the sound of artillery and small-arms fire. Are there Mermite cans filled with rice and chicken, Army coffee waiting at the end of the road? And what about the civilians who’ve died on the battlefield, the wounded children marooned in their pain, those left to wail under the shade of a leafy pine? I’ve watched the OPFOR, the enemy, rise from their deaths to dust themselves off before beginning the slow walk toward their former lives. The resignation in their bearing cannot fully veil the fact that they will return tomorrow, or next week, or next month, iteration by iteration, one battle after another, until they’ve pulled the trigger and killed as many as their bullets allow.

Who mourns for them? Who writes letters to their loved ones and who delivers the news? Who will come to carry their bodies from the field?

When I died in Regensburg, a mock city in Fort Drum, I untangled myself from a coil of concertina wire and lay with my back on the cold, wet ground, my breath ghosting from my mouth as I listened to the fighting roll on into the buildings and lanes of the town. I thought about the original 10th Mountain Division soldiers—my ancestors—when they first conducted training before shipping overseas against the Nazis. I imagined them low-crawling between the trees around me. One of them, maybe a rancher from Colorado, or a lumberman from Alaska, paused to look at me for a moment before digging his elbows into the frigid earth and moving forward.

In Fort Lewis, when our platoon was obliterated in an artillery barrage after we ’d dropped ramps from our vehicles and run into the tree line, an OC walked up and pointed out each man who ’d died—saying you and you and you and, over there, you, yeah you. I imagined the dead from the Vietnam era among the shadows in the trees further up the slope of the hill. They smoked and said not a word. Now and then one of them would stand and slowly work his way down the hill to us, his body backlit in sunlight, his shadowy form leaning over to offer a hand and help us to our feet.

And so it is with the dead. They offer a smoke and lift each other up, point the way to the nearest road, start walking.

In Louisiana, we drive from one collection point to another as Barnes, sitting shoulder-to-shoulder with me by the tailgate, asks about going to helicopter school when we return to garrison. We talk about this, and about his wife and kids, as the truck lurches to a stop outside the main processing tent: Mortuary Affairs. Sgt. Vasquez stands in the truck bed and mimes blowing a dramatic kiss to us as the wounded laugh and drive off to wherever the wounded go. We file into the tent, handing our KIA cards to a skinny kid in a uniform that looks about one size too big for him. He points to a table with coffee and a stack of Styrofoam cups, and tells us to help ourselves.

Take your time, I think. I just want to sit propped up against the green duffle bags in the back corner with the rest of the dead. I want to be forgotten for a while. Drink some lukewarm coffee, lean my head back, and get some solid rack time. There’s time enough for the paperwork at Graves Registration and for the short walk over to the In-Processing tent—where fresh soldiers arrive green from the world after being requisitioned by a unit short on bodies. For now, I don’t want to ponder the strange reincarnation I am undergoing, this cycling back to war. I want to sit here and rest among the dead. Let Barnes snore with his machine gun on its bipod beside him. Let Parazoo read Lord of the Rings one more time. Let Bogans mumble to himself as he writes the words down, working on his “flow,” getting it just right, while somewhere not too far away Sgt. Vasquez lies on an operating table in a cloud of anesthesia as a surgeon from Missouri applies a scalpel and a rotary saw to his breastbone, opening him up before peering into the wound that took Vasquez down.

On the hillside where the OC handed me my KIA card, a black-throated gray warbler sings from somewhere out of view, and then falls silent. The ghost from Vietnam takes a slow drag from an unfiltered Camel. He listens to the crickets in the afternoon grass, that continual background static of the world, and then exhales a long rolling plume of smoke toward the low hollow where I died.

Brian Turner is a writer and musician living in Orlando, Florida. He curates The Kiss series at Guernica, soon to be published as an anthology by W.W. Norton & Company (2018). He has published a memoir, My Life as a Foreign Country (W. W. Norton, 2015), two collections of poetry—Here, Bullet (2005) and Phantom Noise (2010), and co-edited The Strangest of Theatres (McSweeney’s/The Poetry Founda-tion, 2013). He is currently at work on a second memoir, “The Wild Delight of Wild Things,” and an album of music, “11 11 (Me, Smiling),” with his group, The Inter-planetary Acoustic Team. His late wife, the poet Ilyse Kusnetz, will have her second collection of poems, Angel Bones, published by Alice James Books in May 2019. 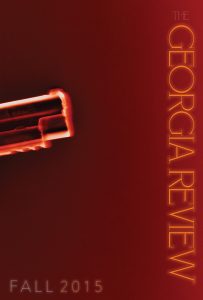