When early twenty-first-century readers imagine Mary Flannery O’Connor, they are prone to think of her as perpetually ill, wearing black-rimmed wing glasses and sitting on her porch at Andalusia, crutches leaning against the wall beside her rocking chair, her face expressing anything but a smile as she looks out at the peacocks. Few think of the much younger O’Connor clutching her books while roaming the grounds of Georgia State College for Women, helping edit the school literary journal, or sitting in her dorm room with a piece of printmaking linoleum and a carving razor, devising ways to make her classmates laugh. But smiles and laughter are a vital part of the experience of reading O’Connor’s work, however intertwined they may be with middle-aged widows gored by bulls and nihilistic killers roaming the Georgia backwoods. 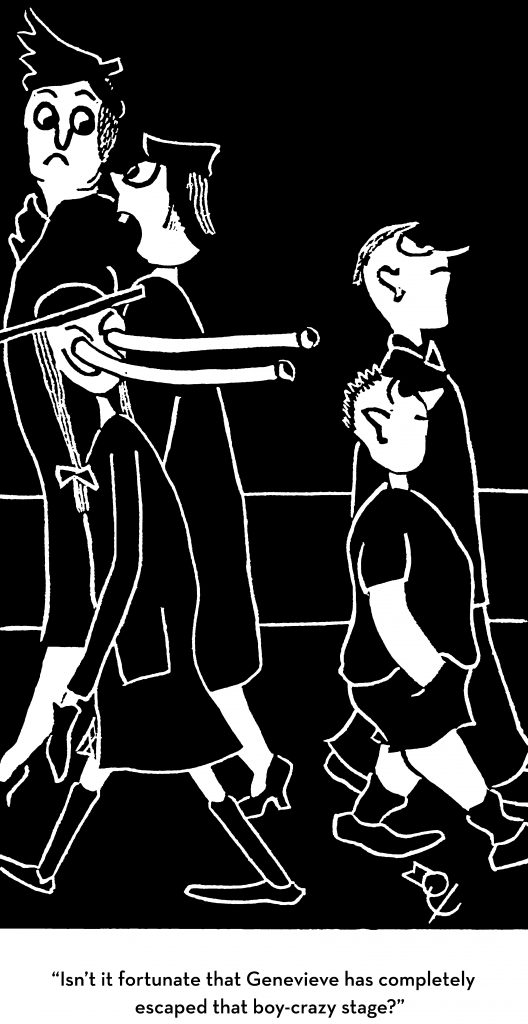 At the opening of her first published story, “The Geranium,” O’Connor describes a young boy with polio who is “wheeled out every morning and left in the sun to blink” and we, perhaps reluctantly or even grimly, laugh—and we continue to express this hesitant laughter when reading every one of her stories, right on through “Judgment Day,” the revised version of “The Geranium” she worked on until her death in 1964. However, examples of her earliest published work, her cartoons, have only been available to those who order a limited print paperback from the Georgia College Library Archives or spend time studying the archives on site in Milledgeville. With the release of Flannery O’Connor: The Cartoons, a wider readership can finally catch a glimpse of young Mary Flannery honing her acerbic wit and startling vision well before she entered the Iowa Writers’ Workshop in 1946 and went on to become among the most celebrated American writers of the twentieth century. 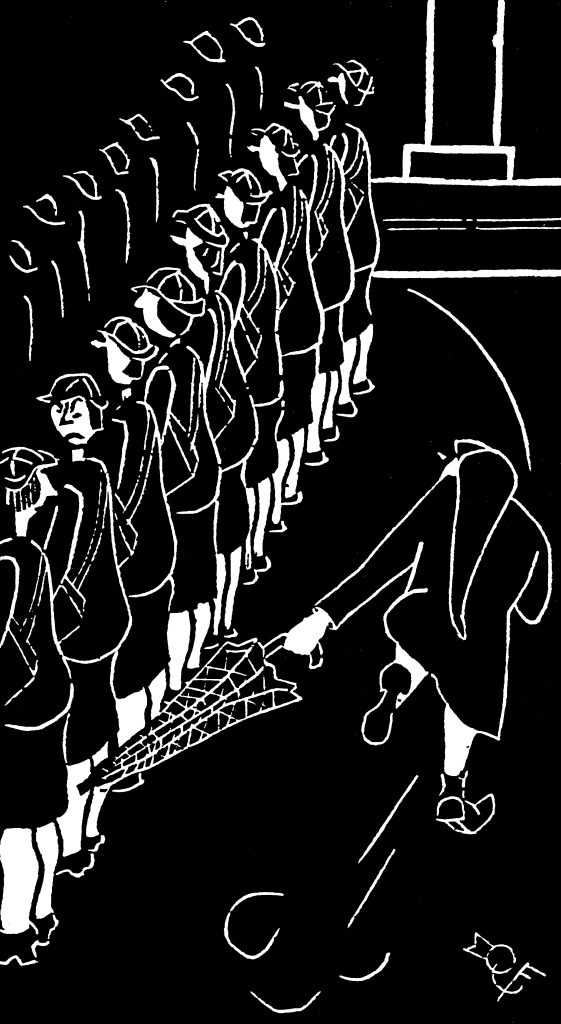 This coffee-table hardback edition features nearly one hundred pages of O’Connor’s cartoons, including work that appeared in her high school newspaper as well as in the GSCW student newspaper, literary journal, yearbook, and alumnae newsletter. These black-and-white linoleum-cut prints, in marked contrast to the harsh and violent scenes so common in O’Connor’s fiction, feature topical humor relevant to school events and issues, including the collective angst of students leading up to final exams, the dearth of romantic opportunity on an all-female campus, and the spectacle of uniformed cadets in the U.S. Navy’s WAVES program who were housed on the GSCW grounds during World War II.

O’Connor’s protagonist in many of these cartoons projects a certain screwball sensibility solely through her actions, but there are also panels whose captions do most of the heavy comedic lifting. One print features a wide-eyed college student looking plainly at a frowning librarian and asking, “Do you have any books the faculty does not particularly recommend?” In an uncaptioned panel (included above), we see a young woman running behind a line of WAVES in attention formation while sliding the tip of her umbrella along the calf muscles of the cadets, as if they formed a picket fence and the woman were a small child with a stick. Page after page, O’Connor’s prints include one-liners that satirize and commiserate with the cloistered, often stressful goings-on at a small women’s college.

Readers may find this setting unfamiliar, so the commentary included at the opening and closing of the collection proves valuable. The book features a helpful introduction from noted printmaker and illustrator Barry Moser and a much longer explication of the cartoons and their significance in an afterword by editor Kelly Gerald. Moser initially identifies O’Connor’s cartoons as “elemental” and “naïve in their craftsmanship,” but he sees evidence of her artistic development in her captions and praises her stylistic consistency and depictions of human gesture. Gerald, whose dissertation focused on these cartoons, offers a history of O’Connor’s graphic art, including early drawings as well as illustrated Christmas postcards young Flannery sent to relatives.

Gerald also offers helpful side-by-side period photographs of the GSCW campus next to O’Connor’s cartoons, contextualizing the comics and further reinforcing Moser’s praise for the young artist’s observational skills. The fact that these cartoons are largely nonsequential with single captions is, according to Gerald, owing to the influence of well-known contemporaries such as James Thurber and John Held Jr. Around the same time these cartoonists were satirizing current political and family scenes for a national audience in the New Yorker and the Atlantic, O’Connor was filtering the shared student experience at GSCW—to the enjoyment of her classmates.

O’Connor writes in Mystery and Manners: Occasional Prose, “It is the way of drama that with one stroke the writer has both to mirror and to judge.” As a captivated reader of her fiction, what I find significant about these cartoons are the ways O’Connor cultivates humor in service of her stated dual commitment to mirroring and judging the world around her. At some point between the creation of her cartoons and the publication of Wise Blood (1952), O’Connor seems to have shifted from reflecting and criticizing for comedic effect to utilizing humor in service of her often violent and grotesque vision of reality. The caricatures in Flannery O’Connor: The Cartoons, however elemental or broad, serve as forebears to the Hazels, Raybers, and Joy/Hulgas who come later in O’Connor’s fiction. With Kelly Gerald’s volume, we now have a more dynamic picture of the writer’s early years, and the arc of Flannery O’Connor’s short career is further illuminated for those who wish to track the course of her crucial work.

Matthew Bryant Cheney earned his BA from Carson-Newman University and this May will complete his MA in literature and cultural studies at the University of Tennessee, where he has focused on post–World War II American literature and written a thesis titled “Flannery O’Connor and the Mystery of Justice.” He lives in Knoxville, Tennessee, with his wife, Ashley, and their Rottweiler/German Shepherd mix, Nina. 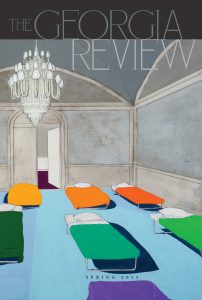 The Many Lives of Sylvia Plath