Doug Carlson joined the Review staff in January 2007 and works primarily in manuscript evaluation and nonfiction editing. He also oversees the intern program. Carlson's essays on natural and cultural history have appeared frequently in magazines and journals as well as in several anthologies, including A Place Apart (W. W. Norton) and The Sacred Place (University of Utah Press). His work has been collected in two books: At the Edge (White Pine Press) and When We Say We’re Home (University of Utah Press). His most recent book, Roger Tory Peterson: A Biography, was published by the University of Texas Press in 2007. Before coming to the Review, Carlson was visiting writer-in-residence at Concordia College in Moorhead, Minnesota. He is currently a member of the UGA Press Faculty Editorial Board and has served in editorial or advisory capacities for Ascent magazine, White Pine Press, and New Rivers Press. 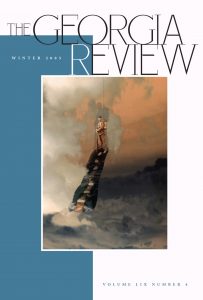